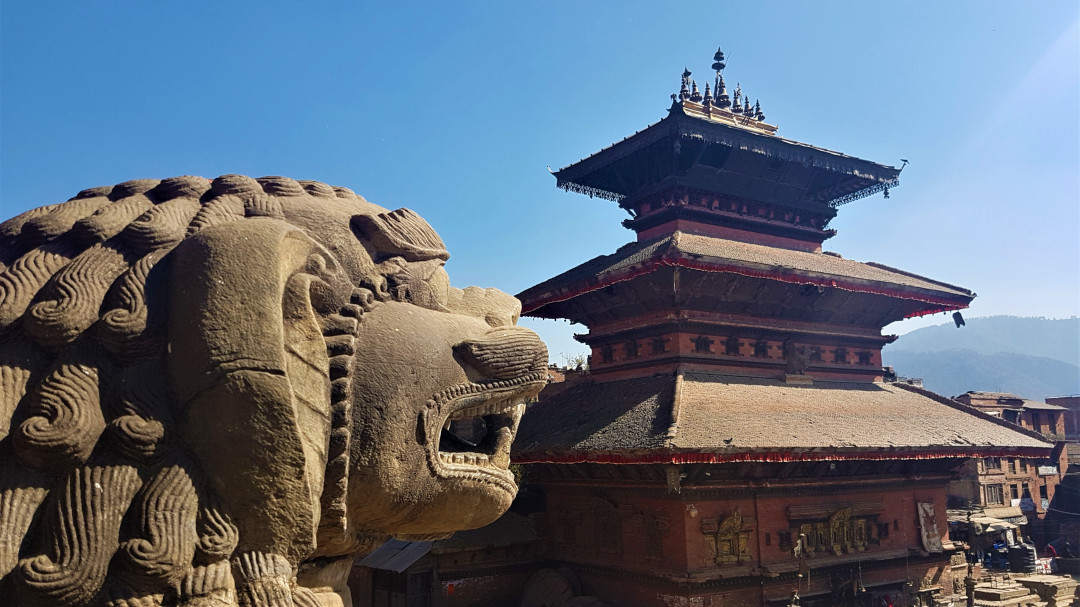 As the minibus gets out of Kathmandu city and weaves its way through heavy traffic to Bhaktapur, you know you are journeying back in time. And long before you reach your destination, the first sights that catch your eye is the rooftop of the magnificent Nyatapola Temple.

Immerse yourself in culture

Depending on who you speak with, Bhaktapur or Khwopa, is known variously as the City of Culture, Living Heritage, Nepal’s Cultural Gem, An open museum and City of Devotees. There is a reason why it would have so many names. With its great architecture, detailed woodcarvings and intricately designed statues, the Malla dynasty did well to encourage art, culture and festivals among the predominantly Newari community. Reason enough for it to be listed as a World Heritage Site by UNESCO.

Bhaktapur consists of at least four distinct squares, including Durbar Square, Taumadhi Square, Dattatreya Square and Pottery Square. They are all located within Bhaktapur – one of three major cities within the Kathmandu Valley.

As you walk around the squares, you get a sense of the destruction that the 2015 earthquake caused to this ancient city. Centuries-old temples and buildings lie in ruins. Thankfully, with the efforts of several Nepalis, tourists and international organisations, efforts are underway to slowly restore this city to its former glory.

Bhaktapur literally translates as the city of devotees, or bhakts. It was established by the Malla king Anand Dev in the early parts of the 12th century. The Malla dynasty ruled Kathmandu Valley from their base in Bhaktapur. Then, in 1482, King Yakshya Malla decided to divide the kingdom among his three bickering sons. That was the beginning of the end of the dynasty. By the end of the 15th century, with the kingdoms divided, it proved easy for the Shah dynasty from Gorkha to conquer them, one by one.

Today, Bhaktapur, unlike Kathmandu and Patan, has thankfully resisted too much change. This is in no small part thanks to the efforts of the city’s municipality that has worked hard to ensure that construction of new buildings is controlled.  That way, the brick facade of the city is maintained.

The only way to see as much as possible of Bhaktapur is to walk. That is the only way you can move around. Brace yourself and make the most of it. While there are many things to see and understand, I have only covered some of the highlights, in no chronological order.

Towering five-storey high and at 30m, surely, Nyatapola Temple is dedicated to Siddhi Lakshmi or Parvati. It is among the main highlights of Bhaktapur. Located within Taumadhi Square, it also happens to be the tallest temple in Nepal.

The temple was constructed between 1702 and 1703. Interestingly, back in Agra in India, the Taj Mahal was still under construction. It’s been built so well that it has been able to withstand a series of earthquakes, including the last one.

To get a sense of the beauty of this temple, and the views of the surrounding area, walk up the flight of stairs, catch your breath and see as far as your eyes can. Don’t miss the set of five statues leading to the top.

This triple-roofed temple, located within Taumadhi Square, is dedicated to Bhairab, the fearsome incarnation of Shiva.

The original temple, built in the early part of the 17th century, was a simple structure. Then, in 1717, King Bhupatindra Malla added a second story. In 1934, when the temple was rebuilt after the earthquake, a third level was added.

This beautifully artistic gate is a prime example of Newari architecture. Known as Soon Dhoka in Nepali, it’s one of the highlights of Durbar Square. It opens to the Royal Palace courtyards, which unfortunately where nearly levelled during the earthquake in 1934.

Work on the gate originally started under King Bhupatindra Malla and was completed by his son, Ranjit Malla in 1753. Ironically, it also marked the end of the Malla dynasty, and with it, the golden age of Newari architecture.

As you walk under the Golden Gate, don’t miss out on the large copperplate inscriptions on either side. They date back to 1754.

This temple is dedicated to Vatsala Devi, another avatar of Durga. The original temple was built in 1696 by King Jitamitra Malla. In later years, King Bhupatindra Malla reconstructed it.

Unfortunately, the temple was razed during the earthquake that struck again, in 2015, though efforts are underway to rebuilt it once again.

Walk under the Golden Gate and into the courtyard and you will come across Naga Pokhari, or the golden bath. It is also referred to as a hiti or traditional drinking fountain. Encircling the tank are naga heads mounted on top of columns. You can also walk down the stairs for a better look.

Centuries ago, hitis were prominent across Nepal. Sadly, they have lost their relevance in today’s modern world. Nevertheless, Naga Pokhari manages to live on, thanks in part because it’s among the best spots for all those looking for the perfect Instagram selfie.

It’s 13 odd km from Kathmandu city. The best way to get there would be to hire a taxi. However, if you find hailing a taxi a bit too cumbersome, why not get a little more adventurous and ride the public buses. These minibuses cost a fraction of what you would pay to hail a cab. It’s also a fun way to meet people.

There is an entry fee of NPR 500 per person for nationals of SAARC. Everybody else pays NPR 1,500 per person. Nepalis have full access at no extra cost.

Once inside, there are several restaurants and cafés, serving hot and cold beverages, and food, both international and local.

Head a little out of Kathmandu and fall in love with those mesmerising eyes that seem to have eyes only for you at Boudhanath Stupa. 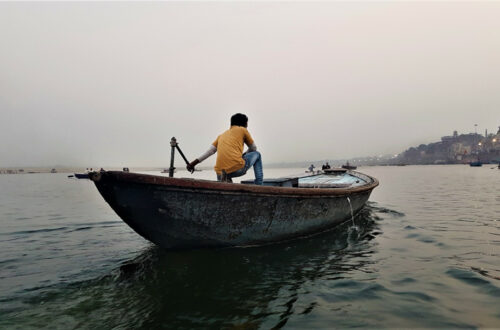 Sailing on the Ganges

Give me my bowl of pho 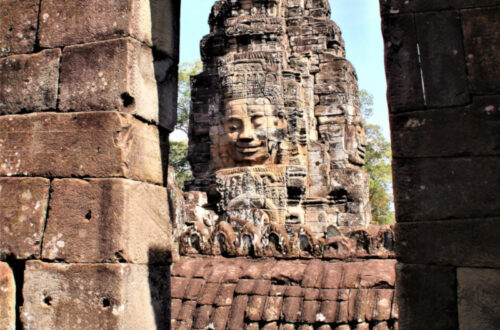