A short drive from Québec City into Wendake and you reach Onhoüa Chetek8e, a reconstruction of a Huron-Wendat Nation village.

Onhoüa Chetek8e literally means ‘from yesterday to today’. And just in case you are wondering what a digit is doing in its name, it is pronounced as ‘oua’, like in ‘wh’ in ‘what’.

This village model was built to raise awareness and show the ways of their ancestors, who moved into, and have lived on these lands since 1697. Today, there are little over 3,000 people who call Huron-Wendat Nation home. Roughly around half of them live in Wendake. They have their own school and a police force too.

As you walk through the entrance and start to look around, wondering what to expect, the first thing I spotted was this portly man sitting with another tribe member and having a casual conversation. However, what caught my eyes was a crow, sitting so casually on his shoulder or on his arm. Curious, I got chatting with him, which is when he explained that he had had the fellow for many years. He has been looking after it, ever since it was injured. And letting it back into the wild would be cruel as it would not be able to survive.

A bit of Internet research and I realise that Métis Simon Pérusse, a guide at Wendake and his crow, Moko are celebrities. Sometime in the middle of 2015, the Ministry of Forests, Wildlife and Parks had taken him to court to seize the crow so that it could be released into the wild. Their argument – he was keeping the crow without a license. His contention – a license to keep crows does not exist. Thankfully, all that is behind them both now.

As various groups get together to start their tour, there is a welcome dance. Once done, then the guides start to take you around the ground, describing a life they lived.

The highlight of this tour is undoubtedly the Annonchia longhouse, a traditional dwelling. Unlike a lot of other tribes who lived in teepees, the Hurons lived in longhouses from around 500 AD until the mid-1700s. As you walk into a longhouse, what strikes you first is the height. Against the walls are levels, with the elders sleeping on the lower level. Children lived on the mid layer, while the top layer was reserved for storage. Interesting, up to 40 people would live in a single longhouse. In the center of the longhouse is the cooking area that they all share.

In the old days, women played an important role in managing the longhouse. One from among senior women would be chosen as clan mother. As the sole in-charge of domestic life, it was her responsibility to ensure that food was distributed among all members, while also being crucial in the appointment of the Nation’s leaders. It is worth noting that the Wendake are essentially a matriarchal society, with four clans – turtle, deer, wolf and bear.

Further up is the sweat lodge where you understand traditional purification techniques. It was here that generations before would meditate and discuss important decisions. There is also a smoker and drying tent where meat is smoked and preserved, especially for those months when, because of the harsh winters, hunting can be difficult.

A shaman’s hut gives an interesting insight into the ways and working methods of the chief shaman, especially how they dealt with various diseases and mental illnesses. Also explained is the role of dreamcatchers and medicine wheels.

Should you feel hungry, then sit at their open-air cafeteria and tuck into traditional fare including venison or caribou. Why not their local beer too, called, you guessed, Kwe.

Let your last stop be the tax-free gift shop. As home to a thriving community of artists and artisans, they have a good selection of leather products and other items, including handcrafted jewellery, hand bands, and an assortment of souvenirs.

By the way, in case you are wondering what ‘Kwe!’ means, it simply means ‘Hello!’ in Mi’kmaq, a language spoken by the Huron community and other Native Americans. It is pronounced as ‘kwah’.

Entry is CAD 14.75 per adult for a 45-minute guided tour. Depending on whether your preferred language is French or English, groups are separated and handed over to guides. It is an excellent way to understand the traditional way of life for the Huron. Should you wish to participate in other activities, then you can do so. These include storytelling for CAD 6, archery for CAD 6.25 and a workshop on animal skins for CAD 7.

Heading to Montreal from Québec City? Why not go for a walk around Downtown Montreal. You’ll be surprised with what you see. 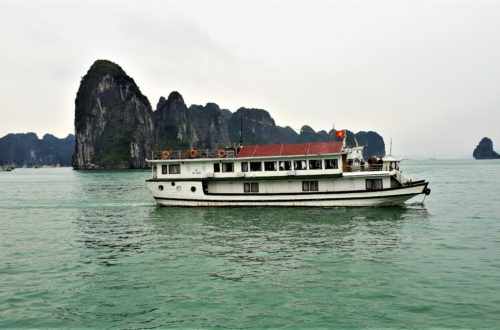 Sailing on the Ha Long Bay 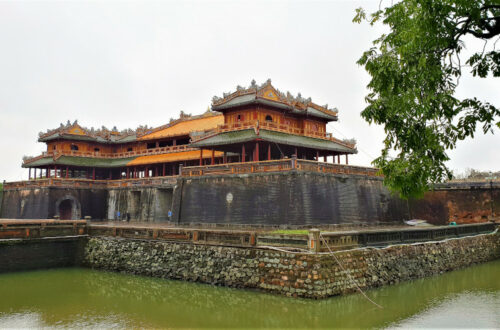 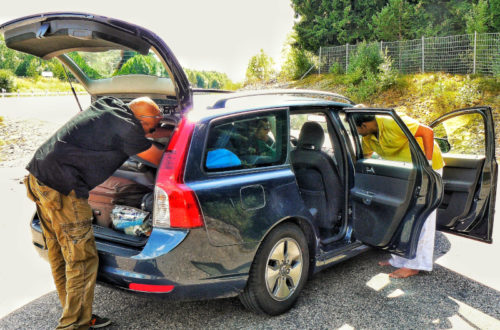 Road tripping from Stockholm to Copenhagen