Sailing on the Ha Long Bay after 11 years felt the same, and yet different.

Things were a lot easier back then. The pace somehow felt a lot more relaxed. The boat may have been motorised, but the sails were very much old style, like the junk boats you see in picture perfect snapshots of Ha Long Bay. And it didn’t feel so crowded. But hey, that was a long time ago. This is now.

We walked into the first travel agency that looked like it wouldn’t fleece us, The Sinh Tourist in the Old Quarter (there are several branches all over the city). Here, we booked an overnight package with Apricot Cruises. For about US$ 128 per person, including transportation from and to Hanoi, and meals onboard, I thought it was an excellent deal.

Being the end of December, the weather was chilly anyway. However, the rotten weather that we were stuck with throughout our stay in Hanoi looked to follow us to Ha Long Bay too. I don’t mind the chill, don’t get me wrong. But when it’s drizzling, windy and chilly, then it’s something else altogether. Thankfully, we had been forewarned about the weather conditions in Hanoi and had packed both, a hoodie sweater and a rain jacket.

Aboard though, I knew my dollars had been well spent, as the rooms were far superior to the one from my previous cruise. And they had working air conditioners which I had no use for. On the previous cruise, the fumes from the diesel engine had kept me awake most night. Not this time. Once all were onboard, we started to sail to our first destination for that evening. Sadly, I didn’t spot a single red-sailed junk – something I desperately wanted to see. 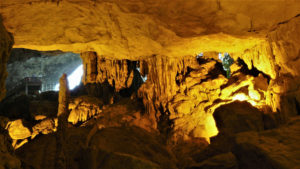 Surprise Cave (on Bo Hon Island within Ha Long Bay) is quite impressive, I must admit. The inside of the cave is well lit with a clear walk path. There’s no way you’re going to get lost, so long as you follow the path. There is one portion where it’s just a tiny hole, enough for one person to crawl through. Aside from that, this cave is vast, with stalactites and stalagmites. Or, as I would say, ‘rocks in different shapes and sizes on the ground.’

From there, it was short hop onto Titop Island. There’s a trail that leads to the top of the hill. And while it was steep, I surprised myself and did make it to the top, even if I stopped to catch my breath a couple of times (make that lots of times). There are also ropes along the path, which makes sense. There are points on the climb, up or down, when you feel you need to hold on to them. Once you do reach the top, you get a spectacular panoramic view of the Bay, including the flotilla of cruise boats awaiting the return of their guests. After the frantic rush to reach the top before it got too dark, I’ll admit, the views were great. How I wish there was a bit of sunlight though. It would have changed the look and feel of our surroundings all together.

After these two trips for the evening, it was back to the boat, for dinner and Karaoke. But I guess we were all too knackered to be bothered about singing. So, a few pints later, and after saying our goodnights, we retired to our respective cabins. 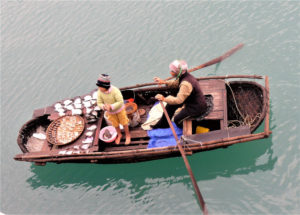 The next morning was supposed to start with some tai-chi exercises on the deck. Unfortunately, because of the inclement weather, everyone gave it a skip. This left us with one more activity before we sailed back to the harbour which was a visit to an oyster farm. While I have no interest in pearls or oysters, it was quite educative.

The sail back after that was a smooth affair. Each time I’d walk up to the deck, I could see the rest of the cruise boats, each trying to race the other. Which made me think that the traffic here was no better than on the roads in Hanoi and Saigon.

All in all, I’m glad I opted for this cruise. I loved my stay onboard, gently sailing along, going from point to point. Or hopping off onto a smaller boat to reach one of the islands. And while activity was severely curtailed only because of the weather, that didn’t stop me, or anyone, from having a good time. Do I think it was money well spent? Absolutely! 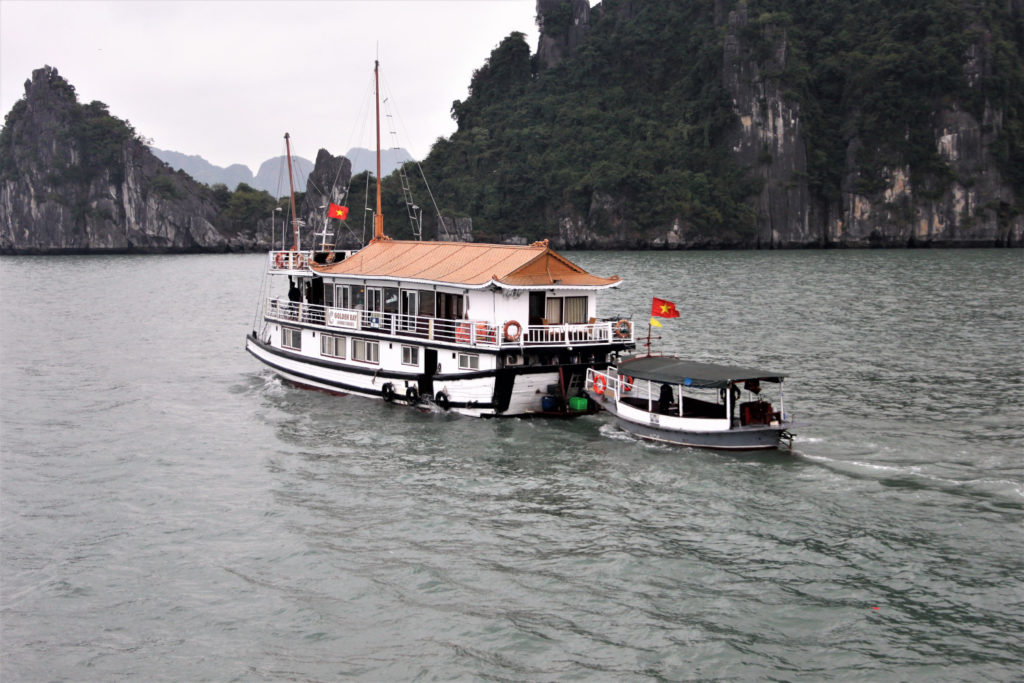 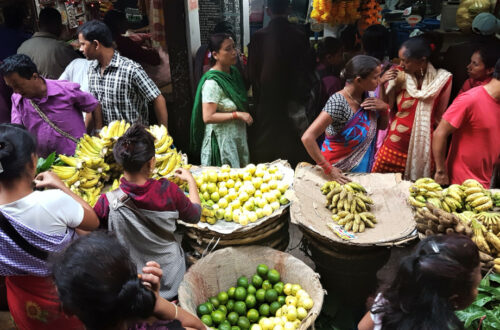 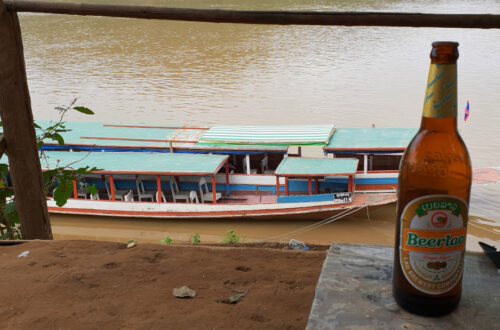 The old man by the river 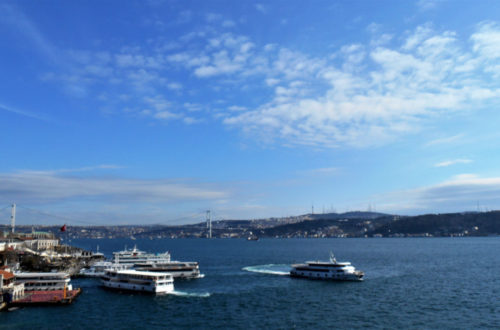