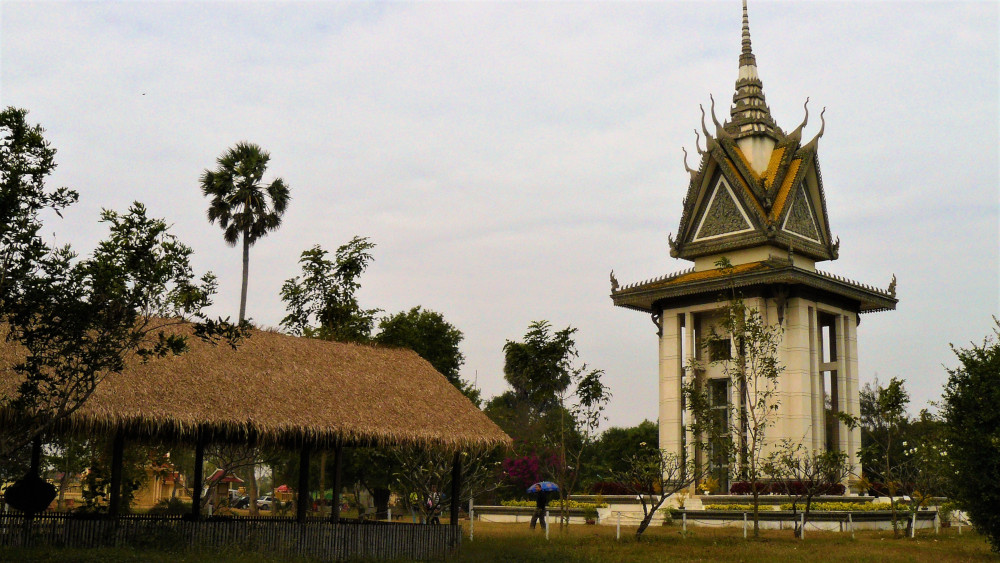 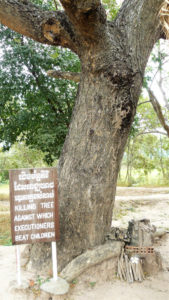 A lot of travellers who visit Cambodia head to Siem Reap and its iconic Angkor Wat for its culture, while those who love the sea and the sand head to the seaside town of Sihanoukville, a new discovery.

In the process, they either give the capital city Phnom Penh a complete miss or use it as a transit point to get in and out of Cambodia. Which is a shame unfortunately.

Agreed, Phnom Penh may not have what either Siem Reap or Sihanoukville has to offer. What it does have though, is a reminder of Cambodia’s turbulent history, especially that of the latter part of the 1970s.

Note: viewer discretion is advised as some of you may find the contents and images distressing.

The Killing Fields comprise of a number of sites spread across Cambodia. However, the best known of them lies a mere 17 odd kilometers from the capital city – Choeung Ek.

Walk around and you will spot a tree that stands out – Magic Tree. It’s where speakers would blare music to drown out the screams of prisoners as they were beaten to death with spades, before pushing them into pits that contained many others that had been executed in similar fashion. There’s another tree that has stood witness to other horrific scenes, of children having their heads bashed against its trunk. 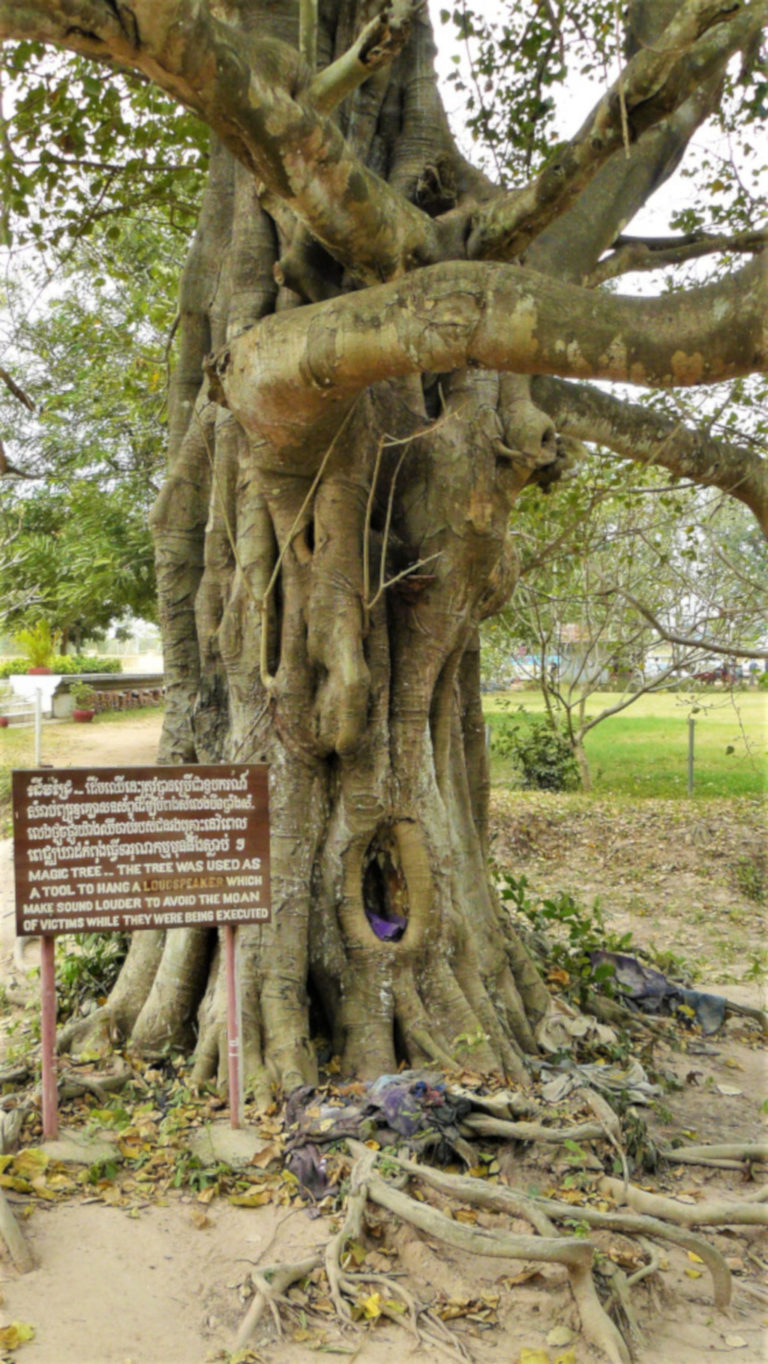 As you walk through the ground, there are lots of mass graves, some still untouched. Estimates vary, but it is thought that more than 17,000 men, women and children made their one-way journey trucks over those years, to be summarily executed. Most were executed the very night they were brought in, but as the numbers started to increase some would be locked away in cramped, windowless cabins, awaiting their turn, which would normally be in another day or two. 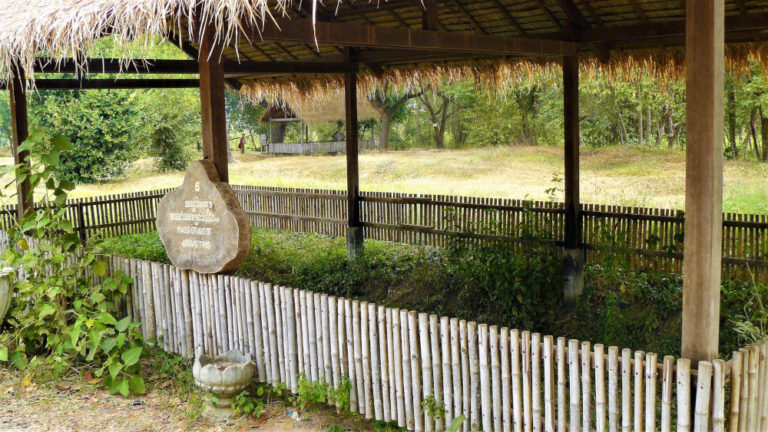 Today, the remains of about 9,000 have been exhumed. Many of these skulls along with bone fragments, teeth and bloodied clothes are stacked in glass cases within the Memorial Stupa – especially created to be the main centerpiece of this site. 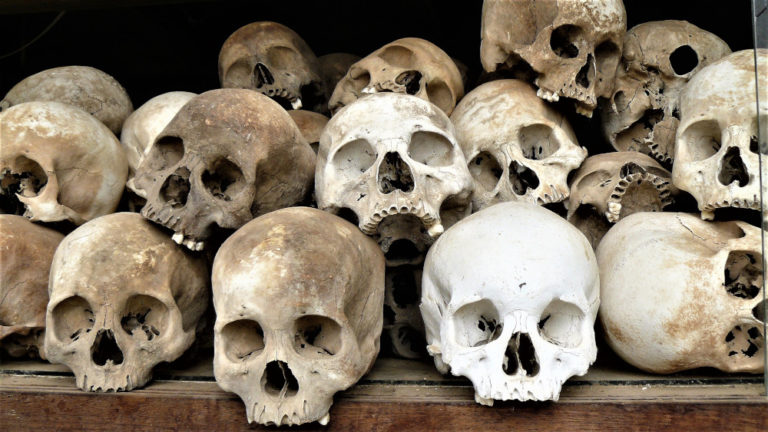 The monument is also a homage to those who lost their lives to a useless cause, and the very few who survived. It is also a reminder of what transpired on these grounds for close to four bloody years. In fact, on the 9th of May each year, there is a memorial ceremony that is held here.

There is a lake a little ahead of this site. However, the views are no consolation as you pause to catch your thoughts.

The memorial site is open from 8:00am to 5:00pm every day. Entry fee is US$ 6 with an audio guide. Also, as in most places in Asia, do remember to dress appropriately. 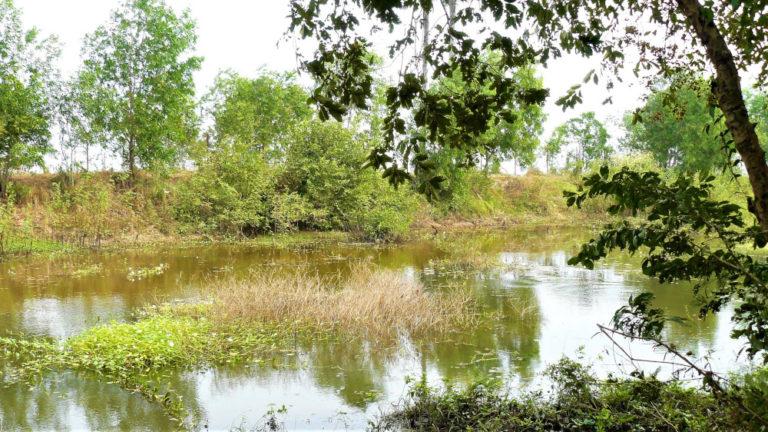 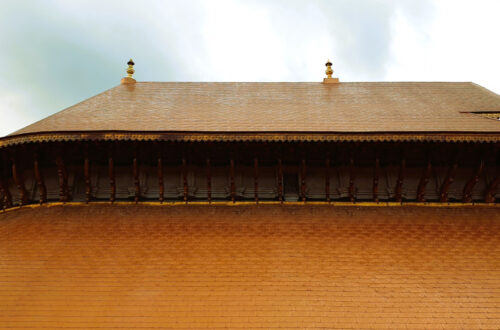 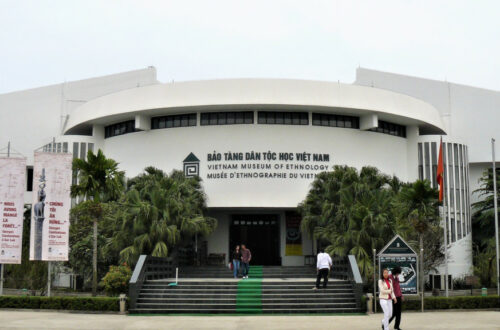 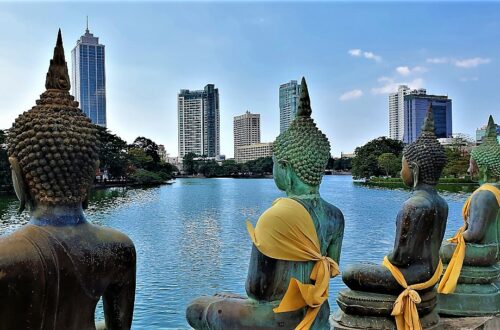