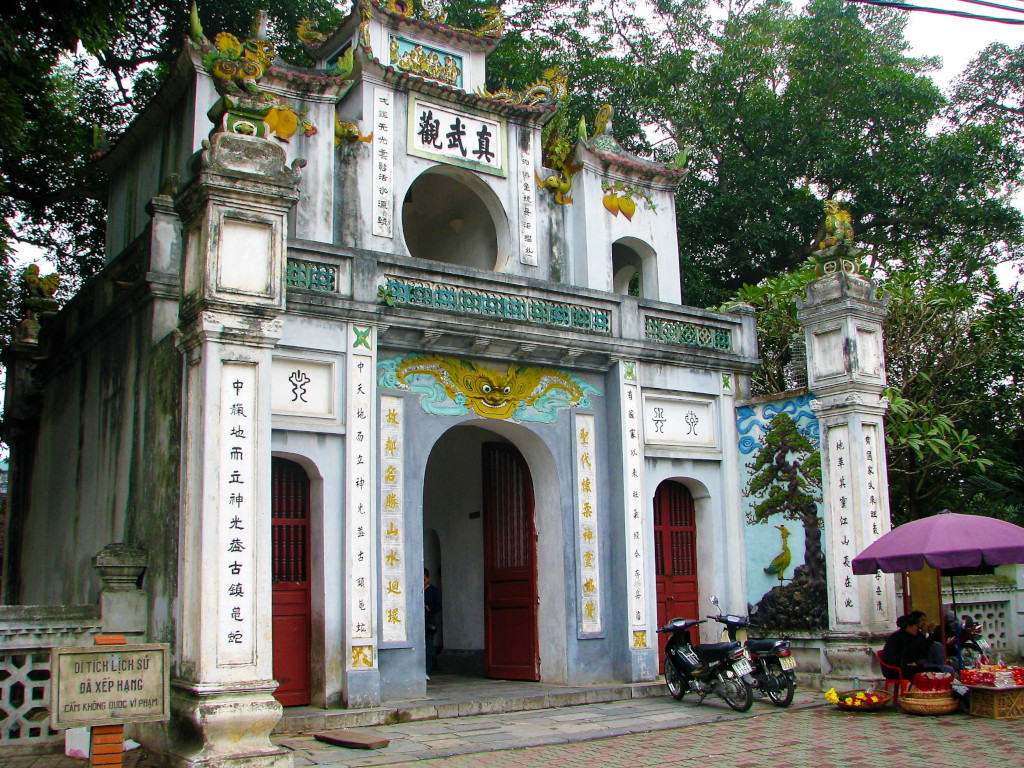 It’s amazing, the number of places that are there, waiting to be discovered when walking around Hanoi with no definite plan. Walk around Hoan Kiem Lake in the Old Quarter in the evenings and you realise it is the same bridge you have seen written about in innumerable blogs, with its bright red lights. It’s on one such walk that I discovered Quan Thanh Temple.

While there is no factual proof as to when exactly it was built, legend and documents give credit to King Ly Thai to who ruled between 1010 and 1028. Through generations, the temple has undergone renovation. As a means of recording each renovation, a stele was kept, with the oldest dating back to 1677, while the last was as recently as 1893, under the reign of Thanh Thai, emperor during the French colonial rule.

It’s hard not to miss Quan Thanh Temple, or the ‘place of gods’. As you walk around the Truc Bach Lake, also called the West Lake, the first thing that you notice are the four pillars on the side of the main road. Immediately behind is the entrance to the temple.

As you pass under the entrance, you walk into the courtyard, shaded by large banyan trees. Up ahead is the shrine dedicated to Tran Vu, deity of the North in Taoism. His large bronze statue occupies centerstage inside the shrine. Towering at over 13 feet and weighing more than 3,000 kg, it is the second biggest bronze statue in Vietnam. He appears as a sitting hermit, with a powerful sword in his right hand. There is also a collection of poems and couplets within the shrine. These date back to the 17th and 18th century.

Like in most temples in Vietnam, the Quan Thanh Temple too is replete with animal symbolism. Take for example the snake and the turtle. While the former represents wealth, the latter is synonymous with protection. In fact, in one of the tales, the turtle has a powerful sword that helps the Vietnamese win the war against the Chinese. It is the same sword that Tran Vu holds in his hand.

Another animal that features dominantly in temples is the crane. Story goes that there was once a drought. To stay alive, the turtle needed water. Sensing that the turtle was in trouble, it flew him to the nearest water source. Then later, when there was a flood, it was the turn of the turtle to repay that favour. When the crane had no place to land, the turtle let it stand on its back until the flood waters had receded enough.

You will also notice that there is Chinese text written on the pillars, the shrine and everywhere else. For years, it was the Chinese who ruled over Vietnam. It is only from the 17th century, with the arrival of French missionaries, that Vietnam started to move away from Chinese characters and instead adopted Latin characters. Unfortunately, there aren’t too many Vietnamese who can read and write in these ancient Chinese characters.

It’s a tradition to visit the temple during their annual Lunar New Year – Tet. That’s when they worship and pray for health, luck and happiness for themselves and their loved ones. As you walk around the courtyard, don’t be surprised if you see money being burnt in an oven. Not to worry though, as it is all fake money. It is believed that all this money that is burnt is sent to their ancestors.

Once you are done with your visit to the temple, why not take a walk around the lake. Sit on one of the benches or walk through the garden. It helps calm the nerves before you get back to tackling the traffic on the main roads.

With its rich history and architecture, Quan Thanh Temple should be among one of your many stops when visiting this beautiful city.

Located on the southern side of Truc Bach Lake in Ba Dinh district, it is a five-minute walk from the Ho Chi Minh Mausoleum and 15 minutes if you are in the Old Quarter district.

As with most religious places in Vietnam, remember to dress modestly. 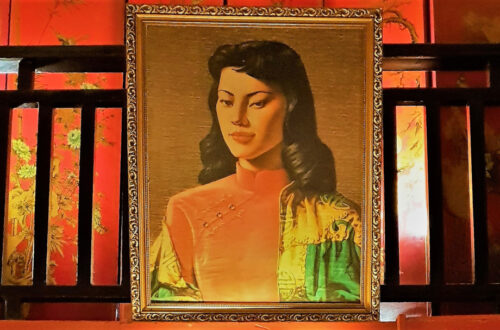 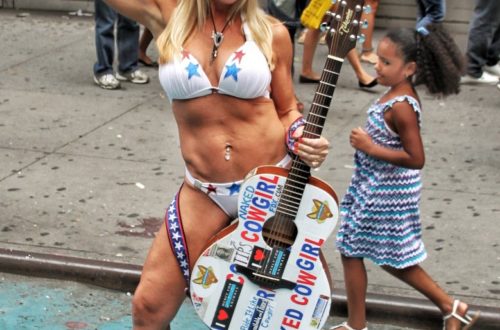 Of show stoppers and other characters